You Need to Experience It As No Pictures Will Do Justice

Comments by tourists about The Kampung Kuantan Firefly Park

Worth a day trip from kuala Lumpur. The sight of the synchronous flashing of the fireflies is a sight to watch. Kudos to the people who conserve and preserve this place.

The park entry ticket sale is till 2230 and the fare is about 25MYR per person and about 4 pax per boat. The best time to visit the place is around the dark moonless nights when the visbility of the flashes is better.

Aren’t you excited to see some awesome creatures like this?

The place is really worth going there as the fireflies r just amazing! The boat ride is also an interesting experience. The whole picture will sure amaze u as the beauty of shining bushes is unforgetable!

But make sure that before u go there u apply some anti mosquito cream or spray. But if u r going thr do not expect any kind of a fency place with good facilities as the maintainance is way not too great.

But the experience of going there is just unforgetable. Try to be at the place by 7.30pm to be the first to get the boat ride as when thr is less customers u can get a 30min ride instead of 15min

“If you want to see Fireflies this is THE place!”

Before I start, make sure you do not take one of the alternative tours offered in Kuala Selangor. Come here. We took a tour offered from the jetty at the back of the Apps Hotel in town It was a total rip-off – it cost 80 MYR for 4 (compared with 50 at Kampung Kuantan). We saw about 8 pathetic flies on a fumy, petrol driven boat. The guide then tried to wake some poor sleeping egrets to round off the tour- really a total con.

We got off the boat and went straight to Kampung Kuantan, which was excellent. You start by queuing up and paying (50 MYR per boat, which holds 4 adults.) Then we had to wait in a holding area until a boat was available. We got there about 9 and it was 9:30 by the time we got in a boat. Would advise getting there a bit earlier as most people were knocking off for the evening.

At Kampung Kuanta they use rowing boats that quietly take you out to the spectacle.. We saw thousands of fireflies in a spectacular synchronized dance. Would have given it 5 stars, but our tour was very short, as the guy obviously wanted to get home.

WOW! The fireflies are amazing little creatures and well worth a visit. It is just unfortunate that photographs don’t do them justice.

If you are planning a visit be sure to arrive a little bit early so as to avoid the very long queues.

“Need to experience, as no pictures will do justice”

This is something that you need to experience yourself, as no pictures I’ve seen (and there’s not many since the fireflies’ light defy the range for normal cameras) can do justice to the actual view.

Do try to schedule your visit when the nights are rather dark, rather than when the moon is shining bright, as the moonlight will lessen the brightness of the fireflies’ lights.

If you’re prone to mosquito bites, put on some repellant.

Even if it has been raining earlier, fret not, we’ve been there when it was raining just a couple of hours before and the fireflies will still come out to play!

Do avoid taking pictures using flash camera when the boat ride is still going – you won’t be able to capture the fireflies anyway, and it just becomes an annoyance to other visitors in boats nearby yours.

KAMPUNG Kuantan in Kuala Selangor has morphed from a sleepy village to one of the most interesting tourist spots in this part of the world, thanks to fireflies that “light” up the once backwaters of development.

The fireflies have shored up the tourist potential of Kuala Selangor and, together with its other cultural and historical heritage such as the old palace walls, cannons and royal mausoleum at Bukit Melawati, make it an attractive destination. Kampung Kuantan is one of a few very accessible spots in the world to go and watch fireflies flickering brightly on trees along Sungai Selangor. 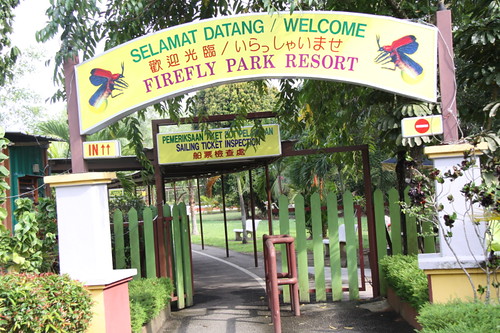 The destination, Kuala Selangor firefly park where you can have a look of these amazing creatures.

The fireflies thrive on the berembang trees in the area. At night, rows after rows of these trees glitter as if they have been decorated for Christmas. It is a spectacular sight and an experience to treasure. It is made all the more special when you view the magical moment aboard a traditional sampan.

There was a crowd of visitors waiting at the little jetty where we boarded sampans (four in each boat) to view the “light show” of fireflies along a stretch of about three kilometres. Fireflies on the berembang trees are actually on a ‘romance outing’. 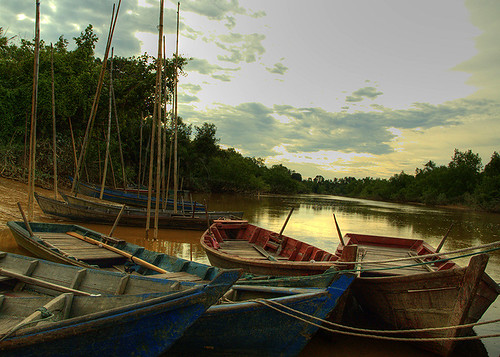 Boats that are used to ferry visitors to watch the fireflies.

Where do all the fireflies come from

Male fireflies flicker their tail-lights to attract females. The males glow brighter than the females which glow to show their acquiescence. The species of the fireflies, Pteroptyx tener, has a lifespan of between two and three months. The berembang trees provide sap on which fireflies feed.

The swish-swoosh of paddles punctuated the silence of the night as the sampan slowly moved its way along the river. It would be particularly poetic if it was a moonlit night but that night was dark, a perfect setting for watching fireflies.

We also regaled ourselves with crocodile tales that added more zest to our trip. Those hoping to take pictures were in for a disappointment unless they had highly sophisticated cameras that could filter the darkness and let the subtle glitter be captured. 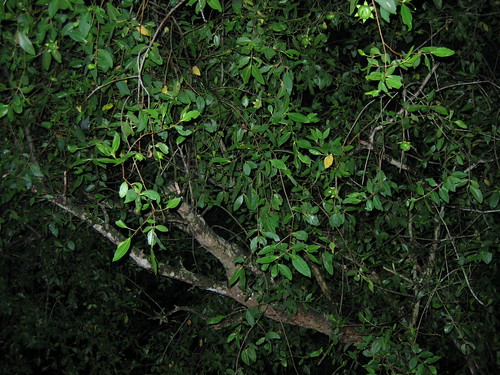 These berembang trees provide the needed food and shelter for the fireflies.

All of us gave up after trying for some time. The light of the fireflies simply remained elusive to cameras.

Though there must be millions of fireflies, only a few could be seen flying around near us. I saw a few flying near the water surface. The others were all high up on the trees. At one time, it was feared that the annual haze would affect the fireflies as it contained an acid that could upset the eco-system. But everything seemed fine when we were there.

Tourism Minister Datuk Seri Tengku Adnan Tengku Mansor, who was also there, said the Government was committed to looking after the natural habitat of the fireflies so that they would continue to be a major tourist attraction. The area comes under the jurisdiction of the Selangor State Government and is supported by Tenaga Nasional Bhd and the Forest Research Institute.

The felling of the berembang trees here is prohibited. During the peak season (July to September), the 21 sampans available are not adequate to meet the demand and it is normal to queue up for two hours for a chance to see the fireflies. Tourists pay RM40 per person, which includes life jackets and insurance coverage.

But the wait itself can be entertaining as one can talk to tourists from other parts of the world or just enjoy the view. Kampung Kuantan fireflies are popular with the Japanese, Koreans, Taiwanese and the Arabs.

Other than fireflies, Kuala Selangor is known to have other attractions such as this lighthouse at Bukit Melawati.

The best time to view fireflies is on moonless nights between July and September. This is because moonlight makes fireflies look less luminous. One can also shop for souvenirs at the Fireflies Complex near the jetty. The visitor’s centre here opens from 8pm to 10.30pm daily. It is closed on rainy days.

How to get to Kampung Kuantan

Kampung Kuantan is 9km from Kuala Selangor and 56km north of Kuala Lumpur. One can book a tour with a local travel agency or drive along the North-South Highway or the coastal road from Klang.

The drive should take less than one hour. There are also bus services from Puduraya bus station in Kuala Lumpur. Taxi fare from Kuala Lumpur to Kuala Selangor is approximately RM40 (for four persons).

Where to stay at Kampung Kuantan

There are many hotels in Kuala Selangor including De Palma Inn Kuala Selangor. It has 48 rooms and is always fully booked especially during school/public holidays and on weekends. Rates (subject to change) are RM155++ (Superior twin share) and RM260++ (Dara suite) and include breakfast. 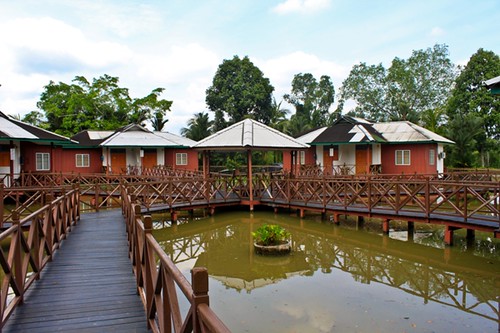 Next post: This National Park is Truly Heaven On Earth