Stepping Back In Time In This Old Coal Mining Town

Need an idea for a day trip that’s easily accessible from Kuala Lumpur? How about one that incorporates forgotten chimneys, an old coal mining town, a historical church and beautiful orchids?

My friends and I did just that — we had a fun outing exploring Batu Arang in Ulu Selangor.

Batu Arang will soon be made a heritage town according to Selangor Mentri Besar Tan Sri Khalid Ibrahim. He said the status would be given to increase the economic prospects of the people in the area and make it a tourist attraction in Selangor.
Source: Wikipedia

I’d been to that area before and was keen to revisit and see what else was on offer there.

The name Batu Arang means “coal”, and this small town, which lies between Kuala Selangor and Rawang, was the centre of a coal-mining industry in the early 20th century. The 100-year-old town only came into being after coal was discovered in 1911 and became a bustling, rich town where thousands lived and worked.
Source: The Star

By the Second World War, it was the second largest town in Selangor after Kuala Lumpur.

Businessman J. A. Russell established the Malayan Collieries in Batu Arang in 1913, and this helped transform what was formerly a jungle into a thriving industrial center.

Batu Arang had a railway line that was a side arm of the main KL-Rawang line, connecting at Kuang, and extending to Batang Berjuntai. Steam engines hauled trains laden with coal to the main line.

Production of coal increased from 1915 until it peaked in the 1940s. This meant more people moved into the area to find work. Shops and restaurants sprouted in the settlement to cater to them, and a hospital was built to cater for the sick. There was even a small airport used by small planes to drop off the salaries of the huge workforce.

What to see in Batu Arang

As you drive around the town centre today, you’ll realise how small it is — basically just a roundabout with the police station, two rows of 1920s shophouses and several small restaurants.

The other roads are housing areas, and there is a central football field. Jalan Stesen has retained its name, but the railway line was long ago dismantled by the Japanese during World War II and never reconstructed.

During the Emergency from 1948 to 1960, Batu Arang was declared a “Black Area” because it was a base for the anti-British communist forces. The town is surrounded by undulating hills and valleys, which were ideal hiding places for the communists and from where they could launch surprise attacks. Apparently, they seized the police station in 1948 and held people hostage in the railway station.

The Fall of Batu Arang

However, the real decline of Batu Arang took place when diesel replaced coal as the main source of fuel in the late 1950s. This sounded the death knell for coal, and the mines closed down in 1958. The Chinese miners and other workers left, and the buildings fell into disrepair or were torn down after they became unsafe because the ground had become riddled with cavities and mined passages.

I was disappointed to find no visible trace from the days of mining, although there are supposed to be some ventilation tunnels still remaining.

The huge open cast pits surrounding the town are now filled with water. At one time, the area was threatened by erosion due to dropping water tables as a result of the coal mining.

However there are some historical remains. As you approach the town, it is easy to spot a tall chimney standing like a lonely sentinel above the trees. It’s not entirely alone as there is another chimney further away, and also the remains of the old buildings with smaller chimneys. These are all that are left over from a brick-making industry. Today, the tallest chimney, which not surprisingly is made of bricks, has a small tree growing out of the top. 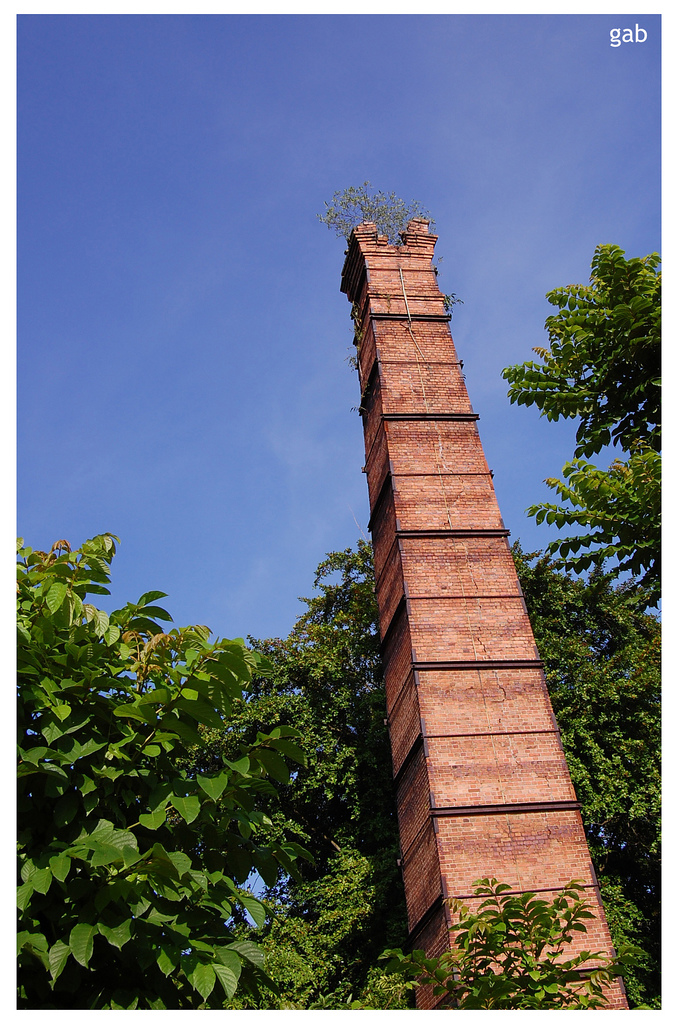 According to the locals, during its heyday, it used to be a big factory here manufacturing I-cannot-recall-what-they-told-me but it has been closed for number of years already. You can see the vegetation are growing on top of it just to show it must've not been in use for some considerable length of time, apart from the trees that grow happily in the surrounding.

Some of the Chinese miners still live here, and the town has become quite multi-ethnic. And new factories are opening up so people are coming back to the area. One such industry is SME Ordnance Sdn Bhd, which produces ammunition and bombs. Another is Kilang Tenaga Kimia Bhd which also manufactures explosive products.

The orchid farm on the way to Rawang at Bt 23 sells cut orchids at a resonable price.

An Old Church at Batu Arang

I had read on the Internet about an old church in Batu Arang so we drove around the small town looking for it.

We stopped at Gereja St Michael but this was relatively modern (1971) and wasn’t the one I was looking for. We talked to the caretaker, and she told us about the old Catholic church up on the hill, and I realised this was the building we had passed on the way down to the town.

So we retraced our steps up the hill. At first sight, the building looks more like a simple colonial building. One only realizes it is a church because of the statue of the Virgin Mary and the huge cross on top of the building.

However, we were still a bit confused as there was a guard house at the start of the driveway, ambulances parked under a shelter, and several Malays going in and out.

A Welfare Home for the Sick

We were later introduced to the administrator, Anthony Gomez, and he offered to give us a tour of the place — now called Welcome Community. The Welcome Community is now an after-care home for HIV patients run by a Catholic group, the Catholic Welfare Services.

The history of the building is interesting. It was built around 80 years ago (1920s) by the British for use as an army mess for the garrison. That explains why it doesn’t look like a church. Then it was occupied by the Japanese. After the Japanese left, it went back to the Brits until they left. It was then run by missionaries, hence the statue and cross outside. In recent years, it was converted to a home for drug addicts and HIV patients.

The place was taken over by the Welcome Community in April 2008. Nowadays, it’s a bright, clean and airy building where doctors attend to the residents, and foreign volunteers come from overseas to work for short periods.

The beds were donated from the Assunta Hospital in Petaling Jaya. There is room for more than 40 inmates, although currently there are only around 37, aged between 20 and 60. They have been referred to the home from the Sungai Buloh Hospital or the local prisons.

It seems we had chosen quite an unusual day for our visit, as the Muslim residents were being transferred to a new home specially set up for them. Until now the residents all lived as one community whatever their religion, hence the Catholic pictures on the walls, a large crucifix on the top of the building, and one room which has been converted into a surau (prayer room).

The people are well cared for, and many are better physically than when they arrived, due to good food and caring community. The surrounding land is used for gardening and for growing vegetables. It was certainly a nice feeling to see people of different races looking quite content despite the hardships they had been through.

Soon it was time to say goodbye to Gomez and his staff and set off for home. But we made one more unscheduled stop when we saw an orchid farm on the way to Rawang, at Batu 23. We wandered in and the colours of the orchids were really stunning, almost every shade you could imagine. I couldn’t resist taking photos, and before leaving, I bought a large bunch of beautiful blooms for just RM5.

It was a good memento of a nice day out.

Getting To Batu Arang

Batu Arang is located between Rawang and Kuala Selangor. There are various ways to get there from Kuala Lumpur. One option is to go towards Rawang, then turn left onto Jalan Batu Arang which is the B27. After some miles turn left onto the B111 which leads straight to Batu Arang.

Or, from Sungai Buloh, head for Kundang and keep going until you reach the B27. As you approach Batu Arang, the road is winding and hilly and surrounded by green forest and has a nice rural feel.

The Batu Arang Welcome Community is located on the hill on the B111 that leads down to the town.

Next post: The Best Hangout Paradise That Never Sleeps!

Previous post: The Amazing Superfruit You Probably Haven’t Tried Yet!