The Praying Man of Langkawi

What tourists are saying about Wang Buloh Cave

“Interesting caves worth a detour”

Came too late in afternoon for the caving trip but did the walk thought we were meant to have a guide but none appeared – a pity as it would be have been more interesting. However it was lit well with good safe steps and quite an experience to see the rock formations stalagmites and stalactites.

This place is quite an eye opener for my city life children aged 10 and 11. There are proper paths to the cave and all with lights. Don’t expect bright LED light type, it will be dim light everywhere for visitors to observe lime stone formation.

The staircases up to the cave are quite steep and may not suitable for elderly. I found the cave is quite warm without wind and oxygen level is low.

Be prepared if you have some minor health issue especially with height and low oxygen level.

Overall, it is quite a nice and chilling place.

Have to be there early or there will be long queue, especially during weekends and holiday season. be prepered to be wet as you have to wade through cold shallow pools.

If you never climb in a cave, it would be a great experience for you to visit.

There are stairs access for visitors, suitable for all ages. You might need to wear a walking shoes and bring bottled water and towel as some areas are quite slippery.

Even it was raining outside, we were sweating when walking continuously in the cave.

This place is under visited (I selfishly hope so).

It is really worth a visit and also easily accessible. The caves are well managed and maintained its natural aura with simple lighting (not the awful rainbow colour lights you see in other places).

Considering very few people knew about this cave, it was a pleasant surprise. I am not a cave goer so I cannot compare it with others but the view was breathtaking.

DURING the Japanese Invasion some 70 years ago, the villagers of Pulau Tuba in Langkawi escaped persecution and death when they found sanctuary in the caves of Wang Buloh.

Under the cover of darkness, they made their way to the caves and set up home there for their families. 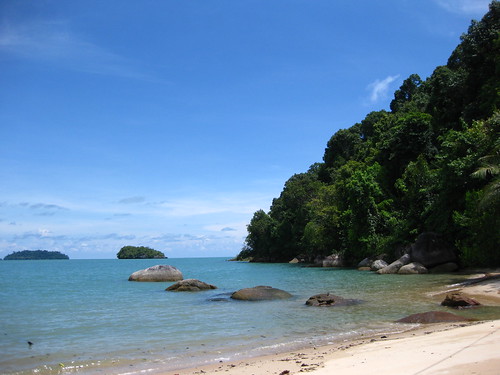 Today, the vast network of limestone caves in the interior of the island is once again in the limelight as it has been identified as one of the unique features of Langkawi’s geological park or geopark, a status accorded on June 1 by Unesco.

Langkawi is the world’s 52nd geopark and the first in South East Asia. This status will help the people take the step into the 21st Century and is expected to improve their livelihood with the preservation of not only their culture but also their rich ecological treasures.

To get to the caves, I started my journey at the PKNK (Perbadanan Kemajuan Negeri Kedah) Jetty near Kuah to take a boat to the island. With great skill, the boatman manoeuvred the vessel to avoid big waves created by heavy passenger ferries that ply the routes between Langkawi and Kuala Kedah, Penang, Kuala Perlis and Satun.

The salt-saturated wind blew in my face as I watched a pair of white-bellied sea eagles swooping across the sky in unison. Suddenly, I realised that the outboard motor was spluttering to a stop as the boat approached the jetty at Pulau Tuba.

We disembarked and I made my way to the largest settlement on the island, Kampung Tepi Pantai, where I learned that the best way for tourists or out-of-towners like me to move around was on a motorcycle. 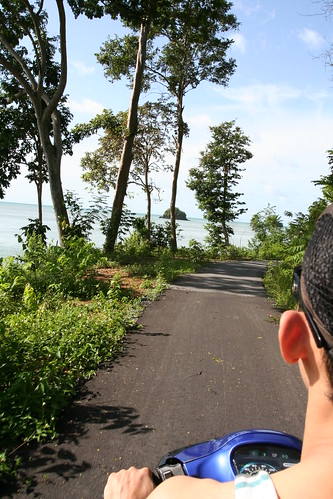 The best way to travel around the island is with a motorcycle.

What to expect when you arrive at Pulau Tuba

A large crowd of villagers had gathered around me, curious to know what a backpacker wanted in their little kampung.

Conversations were brief but I had never felt more welcomed. What impressed me most were their smiles. From children in school uniform to shirtless fishermen with sunbaked complexions, everyone wore a broad, genuine, full-teeth type of grin.

A food stall operator offered to rent me her son’s motorcycle.

“It’s the best way to travel around here, cheap and versatile. Park anywhere you like and continue again from where you left off,” she advised. I paid her RM10 for a half-day rental, bade her and the crowd farewell and went on my way.

There were very few road signs and certainly none that pointed me towards my destination. Fortunately, the many villagers I met along the way were more than happy to enlighten me.

I was also lucky enough to meet a man who volunteered to take me all the way to the foothills as his orchard was just nearby.

I asked if anyone had ever been lost on the way up. He smiled and said that there were man-made steps all the way to the caves. “As long as you keep to the path, you’ll be alright,” he assured me.

“When you come down, look me up and I’ll show you my orchard,” he added, pointing at the grove of cempedak trees heavily laden with fruit.

What to see at Wang Buloh Cave

The concrete steps were steep at some parts but some vantage points along the way provided picturesque views of the lowlands. I took the better part of an hour to reach the main cave entrance. By then, I was breathing heavily and perspiring madly.

I was really out of shape! I wished I had worked out more often at the gym instead of lazing around in front of the television with my ever present bag of chips!

I felt like Indiana Jones on one of his quests for hidden treasure when I entered the cool but damp cave. Something made me look up suddenly, and the sight of a large serpent head nearly took my breath away. I almost doubled over.

On closer inspection, I was relieved to find that it was just a piece of eroded limestone, carved by rainwater over thousands of years to produce this magnificent masterpiece of nature.

Venturing further inside, the cave began to reveal its treasures to me. Algae covered rocks produced a delightful luminous green effect when it reflected the light from my torch.

Wonderfully shaped stalactites and stalagmites joined the roof of the cave to the floor. Interestingly, there were no bats.

I continued walking, marvelling at the endless natural artifacts when, turning a corner, I saw a person standing at the far end of the cave.

Surprised to learn that I was not alone, I walked up to him with bated breath. But a man it was not. Instead, I found a rock in the shape of a man praying. It gave me an eerie feeling. 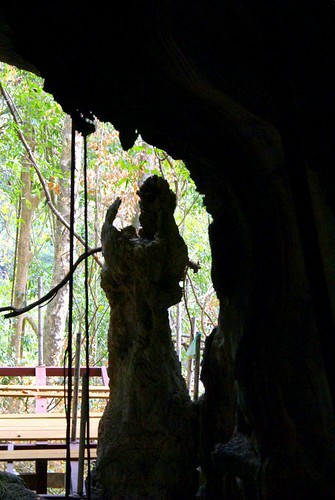 The “Praying Man” of Pulau Tuba

Later, upon my return to Kuah, I learned that Datuk Kamarulzaman Abdul Ghani, the general manager of Langkawi Development Authority was the man who realised the tourism potential of this cave and aptly named this unique natural handiwork, “Man Praying”.

In fact he felt the Wang Buloh caves was one of the most important discoveries in the initial Geopark New Product Identification Project surveys.

Ambitious plans are already in the pipeline to bring progress to the 3,000 residents of Pulau Tuba, the third largest island in the Langkawi archipelago.

Other things to do at Pulau Tuba

Apart from the geological formations in the caves, I managed to see lots of wild orchids and squirrels. A good torchlight, comfortable walking shoes and plenty of drinking water are a must for this trip, not to mention making sure you are fit for the climb.

If you rent a motorcycle, you can safely leave it at the foothills. Locals will tell you that the island is crime-free. The only crime reported last year was a missing cow. Even that was just a case of misadventure as the animal had wandered off into the nearby jungle when its securing rope became loose. It was reunited with its owner the next day! Talk about enjoying peace!

Visit the orchards in the vicinity. This is particularly pleasurable during the fruiting season as the rows of rambutan, cempedak and guava trees will be laden with fruit.

In the Malay tradition of welcoming visitors, these orchards are not fenced and a polite hello will start the owner telling you all about the fruits of his labour.

Where to stay at Pulau Tuba

There are a few privately owned chalets in Kampung Tepi Pantai that offer basic accommodation. Food is not a problem as the owner also runs a small shop that serves local fried rice and noodles. 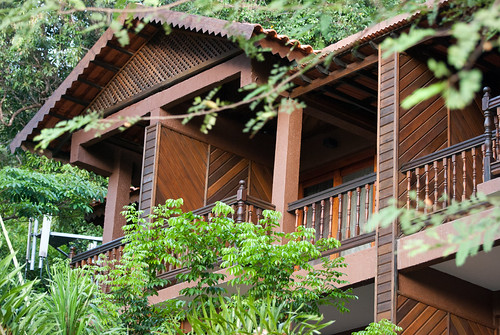 Some vacation houses and hotels at Pulau Tuba.

Tourists from the main island of Langkawi can make day trips to Pulau Tuba. Just go to the PKNK Jetty next to the main jetty at Kuah. A return trip costs RM5.

Previous post: A Cave That Takes You Back In Time